Are We Becoming Less Intelligent? 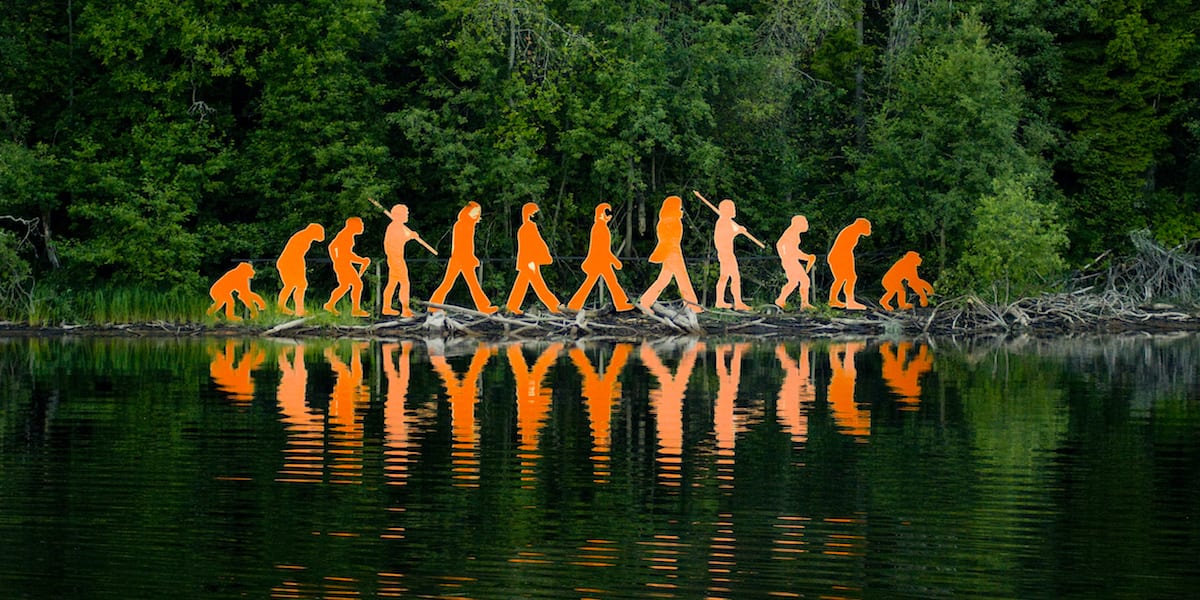 In July 2010, a Newsweek article about the decline in creativity, based on the research of Professor Kyung Hee Kim, went viral and created a furor in the media. Aptly titled “The Creativity Crisis,” the article noted that while IQ had continued to rise (also known as the Flynn effect), creativity scores among students in the US had been declining since the 1990s.

The most common creativity test, the Torrance Test of Creative Thinking (TTCT), consists of a series of tasks that evaluate a person’s ability to come up with multiple and diverse solutions to problems. What’s impressive about TTCT is how well it predicts creative accomplishments as adults. Research has shown that the TTCT is three times more effective in predicting adult creative achievement as compared to IQ.

So a decline in creativity scores is alarming because it also implies a decline in future innovation abilities. And as we head into an economy where creativity is increasingly becoming a premium skill, this lack of innovation can jeopardize employment opportunities for the next generation.

In a follow-up study last year, Professor Kim found that the decline in Creativity had accelerated even more during the time period from 2008 to 2017. So, instead of improving, the factors contributing to the declining creativity have gotten worse over the last decade. And if that wasn’t enough, multiple studies now show that IQ levels, which were rising during the 20th century, have also started dropping.

In a clever study recently, researchers Bernt Bratsberg and Ole Rogeberg, analyzed data for Norwegian men born between 1962 and 1991 and found that the Flynn effect and its subsequent decline could be fully accounted for by looking at IQ changes between siblings in the same family. In other words, the rise and the current decline in IQ has nothing to do with dysgenics, as previously believed, but by the overall environment that changed over time.

So, it’s not just a “Creativity Crisis” anymore – it’s a broader “Thinking Crisis” that’s affecting students. Researchers studying both creativity and IQ point to a similar set of factors that might underlie these downward trends.

Teaching to the Test

Over the last few decades, the focus of education in the US has increasingly shifted towards standardized testing. Despite that effort, overall academic results haven’t improved – the US consistently ranks in the middle of the pack of all OECD countries in reading, math, and science.

While standardized tests by themselves are useful in evaluating how well students have learned, using the tests to hold schools or teachers accountable is problematic since between-school differences only account for less than 10% variation in scores. So, the quality of the education itself plays a smaller role in student outcomes. Instead, differences arise due to the large variability of achievement within an age cohort. Yet, the accountability for student achievement is much higher for schools and teachers than what’s appropriate.

The pressure to do well in standardized testing leaves teachers with little room to experiment with different approaches that might work better for their unique classes, and makes students less motivated.

In Professor Kim’s words, “Standardized tests don’t measure everything, and anything they don’t measure – like creativity – becomes unimportant in the classroom. To make sure their schools get proper funding, teachers focus only on teaching the material included in the state-mandated tests.”

The last couple decades have seen a dramatic increase in the amount of technology used by children, and several studies show that technology affects the way we think, learn and develop. Technology, as it relates to education, is a mixed bag with both positive and negative effects.

However, other kinds of technology usage have been more detrimental. Social media and some kinds of video games have shown to increase addictive behaviors, depression, and inability to maintain long-term focus.

Cal Newport, professor and author, is an ardent advocate for quitting social media, as the compulsive behavior that social media encourages gets in the way of doing any deep work. He makes a distinction between social internet (the technology that allows communication) and social media (platforms that leverage users’ personal data and psychological hooks to grab their attention). In his own words, “I support the social internet. I’m incredibly wary of social media.”

In our rush to provide children with enriching after-school activities, we are leaving them with less time for free play and for “reflective abstraction”. In two studies (1, 2) spanning 1981-2003, Sandra Hofferth, a professor at the University of Maryland, found that discretionary time for children reduced by 14 hrs per week in that time period. In addition, structured activities are taking up an increasing portion of discretionary time leaving children with little time to think and reflect which are critical to developing advanced cognitive abilities.

So what’s the way out of the current Thinking Crisis?

Some of the changes we are seeing are here to stay – technology might change but will continue to be an integral part of our lives and children will likely not regain their free time as before. Instead, we need to adapt to the changes that our society is undergoing both socially and technologically, to counter the harmful side effects.

Cognitive thinking skills need to be front and center of education. This includes explicitly teaching creativity in schools instead of relying on some students discovering it by themselves, and finding ways to encourage independent thought within the curriculum. As Sir Ken Robinson says in one of the most watched TED videos, “Creativity now is as important in education as literacy, and we should treat it with the same status.” Approaches like Project based learning (PBL) have given a good start in engaging students more and providing them with more meaningful experiences. However, often times they are prescriptive in nature and need to evolve to emphasize “minds-on” learning in addition to simply “hands-on” learning.

Use of technology, as well as the development of technology, needs to be done more thoughtfully, keeping in mind the impact to cognitive and behavioral development. The pursuit of metrics that prioritize time spent in an app over how beneficial that time was towards learning goals has turned out to be harmful. That approach incentivized building features that engaged students in the short-term by tapping their extrinsic motivation but were harmful in the long run. We also need to be more discerning in what technology to encourage in classrooms and what to avoid.

So far different analyses seem to indicate that the decline in cognitive abilities has been the result of various environmental factors. While disheartening, this also gives us hope – by tweaking the environment, we can bring back or maybe even exceed expected cognitive thinking levels.

Dr. Pronita Mehrotra is the founder of MindAntix, a platform to build cognitive creative thinking in students. She is also a K-8 enrichment instructor at Robinson Center, University of Washington where she teaches Project Based Learning programs that encourage creative and critical thinking. Prior to starting MindAntix, she spent several years in the Technology industry in different research, development and program management roles.

Pronita Mehrotra is the Founder of MindAntix, a company that develops tools and programs to bring creativity into schools and organizations. Her work focuses on the neuroscience behind creative thinking and leverages cognitive thinking patterns in ideation and decision making. She has participated in several global conferences and conducted creativity workshops for educators and leaders.