The Pleasure-Pain Principle Of Instruction 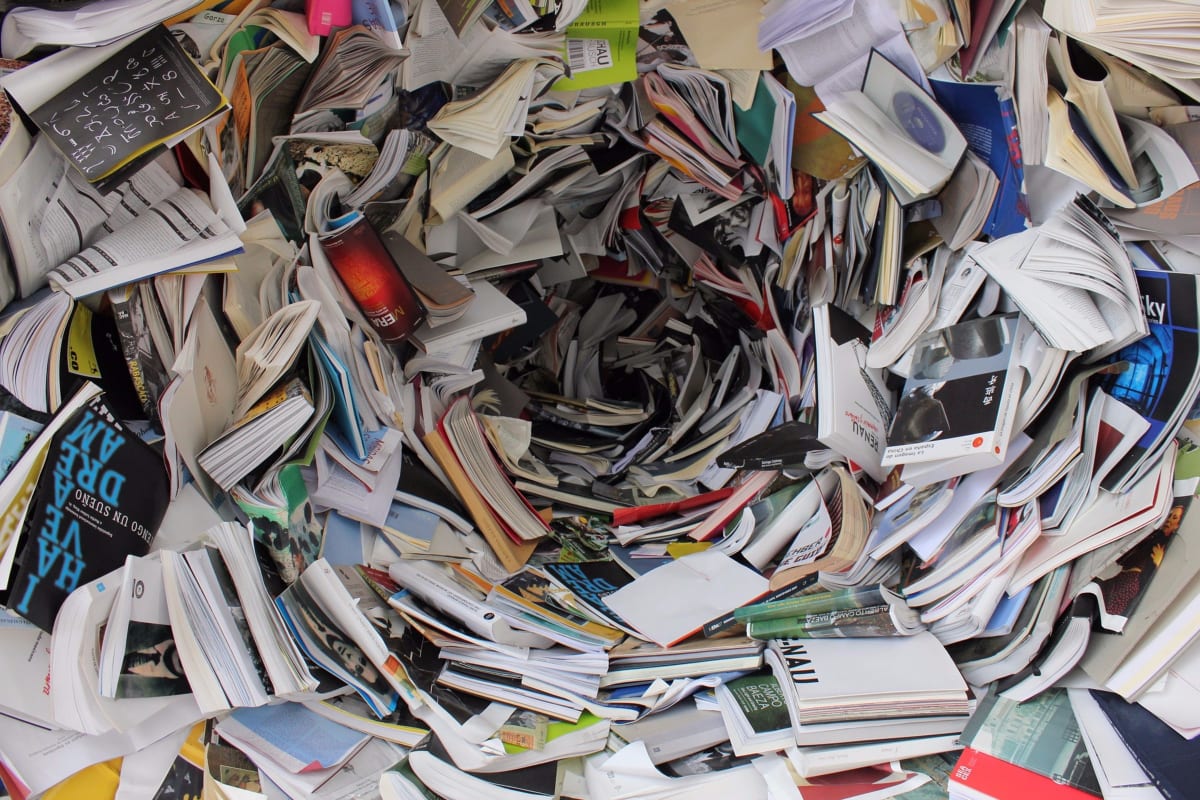 THE PLEASURE-PAIN PRINCIPLE APPLIES TO ALL INSTRUCTION.

• Motivation is the key to all human activities.

• Stable people are only motivated by two factors: Seeking pleasure and avoiding    pain.

Since Epicurus in the third century B.C., we have known that nature has placed us under two masters: Pleasure and Pain. Freud took the matter further when he described the ‘Id,’ a powerful, animalistic force buried deep in our unconscious mind that seeks immediate gratification of all needs, wants and urges, with resultant feelings of pleasure and pain-avoidance. He noted that later on children develop a counter-force, the ‘Ego,’ which exerts some control over the appetites of the ‘Id’ so that we do not overindulge or exhibit unacceptable behavior.

We continue into adolescence and adulthood driven by these two forces. It is important for instructors or teachers to understand that the normal state for which their students are constantly searching is one of happiness and contentment and that their abnormal state is the product of pain, which they seek to avoid or minimize.

Pain stimuli and its consequences are more immediate than pleasure stimuli. So we all spend a great deal of time and effort avoiding pain. This is normal but can develop into an unhealthy preference in life towards pain-avoidance, which in extreme cases becomes the sole and self-destructive purpose of life.

Similarly the stimulus of pleasure – or hedonism – is the idea that life can only be lived to the full when pleasure is the primary goal. Extreme Hedonism is self-destructive, as anyone who reads the news knows, because gratification becomes harder and harder to achieve.

Obviously, balance is the key. It makes sense to avoid pain since pain impedes function. It also makes sense to seek pleasure since happiness or comfort is the normal state of human beings. However, it is accepted that there are limits on an individual’s pursuit of happiness or pleasure which are imposed by legal, ethical, familial and common sense constraints. For example, my right to seek pleasure by dominating a group meeting stops with my obligation not to deprive others of their opportunity to be contributing team members and thereby causing them pain. You might have your own examples.

Educational psychologists have always known that one of the most pleasurable feelings is safety or absence of fear. Those same experts know that in the absence of safety it is impossible to learn.

Examining individual psychological safety further, it is obvious that being anxious or worried about physical safety, or being victimized by hostility, aggression, and harassment results in a feeling of personal loss, devaluation and lowered self-esteem making learning impossible.

A positive, open and supportive climate can enhance learning and academic excellence. Interactions with teachers, instructors, colleagues and learning-peers which are cooperative, friendly, helpful, focused, and trusting are important contributors to achievement and personal performance.

By contrast, a substandard environment is bereft of mutual respect and compassion; it may be characterized by differential treatment and devaluation of certain groups, including women and minorities. Such an environment can have a negative impact on the self-esteem, academic achievement, career development, and income of targeted groups.

It is obvious that in all endeavors in life the pleasure-pain principle is at work. This is especially true while learning. If I feel pain when I am trying to learn, I will avoid it. If I feel pleasure when I learn I will continue to learn.

What Is The Lesson From All This?

“Tell me, and I forget, teach me, and I may remember, involve me, and I learn.” Ben Franklin quoting Aristotle.

A team is the best setting for learning through collaborative critical thinking and problem-solving. The collective solution is the same as the individual’s solution, and everyone feels valued, which is a pleasurable feeling and avoids the pain of feeling excluded.

For at least 3770 years, human behavior has been modified by written laws. Some system of rules to regulate human conduct has been deemed a necessity in all societies since the Code of Hammurabi in Babylon.

I believe a code of conduct is a necessity for any group to ensure optimum results. Ask a team of toddlers or adults to simply form into a team to get something done without setting any rules and chaos will ensue.

– Once someone signs a contract, they feel obligated to abide by its provisions. The contract below has no legal weight whatsoever, but people instinctively will read it before signing – and that’s the point. No one can claim they did not know the rules of conduct.

– Once someone signs a contract, it makes sure each participant in the group is both safe from ridicule and taken seriously, and the group can move forward. Since an important rule of the group is that there are only ideas—no bad ideas – they can feel safe from ridicule and the participants will feel free to put forward any ideas, which can then be accepted or discarded by the group not on the basis of its source, but after a thorough discussion of its merits conducted under a set of rules they all understand and signed off on.

– The contract ensures everyone in the group stays on target, or on mission, as they say in the commercial, diplomatic, and military worlds.

–  The contract expedites the process and facilitates optimal learning within the group. It helps form what Amy Edmonson of Harvard calls, “A shared belief that the team is safe for interpersonal risk taking.”

(An added benefit to having a contract is that it can be part of a civics discussion on the issue of contracts and the law. When your students grow up, contracts will sadly be a large part of their lives. All the better to start the dialog when they are still young.)

FEEL FREE TO USE IT – IT HAS NO LEGAL STANDING – MAKE IT FUN.

1. To learn a method of thinking about an issue or topic in a way that encourages the development of a point of view on any given issue;

2. To help us in this task by organizing a group in which participants collectively come to a resolution on a given topic; and,

3. To help us learn to write a thoughtful, mutually-agreed and well-argued position on the topic under consideration.

Based on the foregoing, I agree to abide by the following group rules of conduct:

1. All ideas generated by me during a meeting of the group will be private and known only to me until I declare them part of the group’s work product. At this time, said ideas will become open for discussion.

2. I promise to do my best to keep the focus of the group, of which I am a member, on the work at hand and not to participate in any side discussions that are irrelevant to the purposes of the group.

4. I promise to let each person who is speaking finish his or her thoughts. I further promise unconditionally to allow them to withdraw their idea if, on completion, they feel it did not add any value to the discussion.

5. I promise to let one member of the group repeat each speaker’s thoughts (once completed) without interruption, thereby solidifying their idea in all members’ minds.

6. I promise that only after the idea has been proposed and repeated will I challenge it. I will only challenge the idea, not the person suggesting it. I will do this because I agree that, during a group’s deliberations, there are no bad ideas—just ideas.

7. I agree that, if I am in possession of facts or examples that support an idea that the group is discussing, I will volunteer this supporting evidence.

8. I agree that, if I am in possession of facts or evidence to disprove an idea, I will volunteer them, knowing that they may become valuable evidence in a position paper, since stating something as a fact and then disproving it is an excellent way to prove a point.

9. I promise to help make sure that all participants in the group participate by encouraging the least confident members to speak up.

10. I promise to do my best to make sure that all meetings of the group begin and end on time.

11. I promise that I will make every effort to reach a consensus during the discussions of the group. If a consensus is not reached, I agree that the majority rules. This way, all members support the final product.

12. I promise to keep an open mind and to make an effort to see the other person’s point-of-view.

13. I promise to politely confront other members of the group who do not abide by either the spirit or the letter of these rules.

14. I promise that I will be willing to constructively criticize the group’s performance.

15. Since all members will take turns being the group leader, I promise that I will support any member of the group in their role as group leader with a positive, cooperative attitude toward solving the problem assigned.

16. I agree that the main goal of my participation in the group is to learn the process by which the discovery of possible solutions to problems that are subjective in nature with no right-wrong answers – only well thought out opinions – takes place.

I have studied team behavior extensively, and worked with teams for most of my forty year business career. And my Terego Enterprise Training Methodology is a culmination of all that. It is SOCRATIC INQUIRY in a team setting.

Alex Terego. After 40 successful years in the hi-tech business, during which he participated in all phases of computing, beginning with IBM and culminating in selling his voice mail company, Alex became an early thought-leader in 21st Century skills development. He developed his Terego Method™ when teaching Critical Thinking at the Thunderbird School of Global Management and the Eller Graduate School of Business at the University of Arizona. Follow me on Twitter @alex_terego

Teacher Metacognition and Collaboration: Keys to Bridging Research to Practice